In preparation for the unveiling of GEEZERS OF PUNK SPECTACTULAR (PART DEUX), the massive gathering of interviews with “punkers of a certain age” I’ve done for my zine / small press, Twenty-Four Hours, over the last decade or so, here’s an article I wrote in 1999/2000 for a fanzine I’m quite fond of. Please excuse the hyperbole. I was young and excitable.– JM (2017)

THE DAY OF THE DAMNED by Josh Medsker

The Damned with The Doormats and Wench @ The Fillmore, San Francisco. Oct 1, 1999

If I’d thought of it, I would have tried to get a free ticket too… I was so excited when I found out The Damned were coming to town, I thought I’d puke. On the day of the show, I went up to the Fillmore, the famed 60s hippie hovel, and asked to get backstage to talk to the band. Their tour manager said okay when I explained I was writing this article for NDN (Hi Henrik!). I was ecstatic. I still can’t believe I met the Damned.

I missed the first band, The Doormats, but I caught the next band, Wench. They kicked some ass. Their main instrument was the drums. Huge booming electronic drums. They were a tasty mix of Ministry and early Siouxsie and The Banshees. Then came the Damned. “Sensible’s a Wanker” and other chants were thrown out from the crowd as the band boarded the stage. Monty the Moron came out in a sort-of clown suit, and wowed the crowed with an extended, moody keyboard into to “Wait for the Blackout”, which sounded a lot like the version from their late 80s reunion period, on Final Damnation. After Monty came Patricia Morrison (ex-Sisters of Mercy, The Bags) all resplendent in her black vinyl dress and long black hair. Sensible walked out in some horridly silly t-shirt and camo pants, plus his trademark beret. He looked the same as ever. Then Dave Vanian waltzed out from the wings, microphone in hand, singing.

Much to my amazement and joy, they played a smattering of songs from their gothic 80s albums. And they played a bunch of my other favorites, such as “Disco Man”, “I Just Can’t Be Happy Today”, and “Dr. Jekyll and Mr. Hyde”. The music was even better live than on the albums, and even though I’d listened to every album a million times. The bass guitar combo of Cap’n Sensible and Patricia Morrison played everything a little different, just to switch it up. What I loved the most, though, was that they played “Shadow of Love”, and “Curtain Call”, with a long moody introduction (although not nearly as long as long as the seventeen minute version on The Black Album).

Later on, they played more stuff from their early albums, such as “Neat Neat Neat” (or “Ni Ni Ni” as I like to say…), “Love Song”, and their ultra-super classic “New Rose”. In the midst of all this, Dave Vanian said to the crowd, “I’ll bet you recognize this one”, and then launched into a brand new song, “Democracy”. The song was fast, and had complex guitar parts, sort of like the faster songs from Anything, but with its own special feel. After this debut, they kicked off, “Looking at You” with a nifty breakdown in the middle, before roaring back into it, driving the crowd to madness. They ended the night with another personal favorite, “Ignite”.

Dig this. Go listen to that song “Shattered Dreams”, from the new Offspring album, and TELL me that that doesn’t sound exactly like Machine Gun Etiquette-era Damned (mixed with Offspring’s brand of O.C. punk, of course). I mean, they already covered “Smash It Up”! Think about it.

After the show, I walked backstage, ALL ACCESS page in hand! I talked with the dudes from The Doormats, who showed me where Sensible was hanging out. I walked up to the Cap’n, nervous as hell, and introduced myself. “Hi, I’m a huge fan! I play bass too!” After telling the Cap’n that I was from Alaska, we got onto a weird conversation about the Arctic Land Bridge and Native Americans coming over from Europe… Of course I got pictures. After chatting with the good captain for a while, I ventured into the back room, where I found Vanian. We talked a while, and he updated me on what The Damned has been doing recently. Vanian has been working to get the original Phantom Chords album from 1990 released, and hopes to have it released very soon. “It never got released,” he said. “I had the rights to re-record the song, but I wanted to get the originals. There are some good recordings in there.” He also said that this line-up of The Damned is permanent, and are going to be a fully function touring and recording band. The newest incarnation of the band (which is made up of Vanian on vocals, Sensible on guitars, Morrison on bass, Monty the Moron on keys, and guy they call Pinch -formerly of The English Dogs- on drums) have been debuting new songs at each show on this tour.

Sensible busted in, “Please say good things!” The band also has a song on the new Fat Wreck Chords compilation Short Music for Short People. “We recorded it just for that album,” Vanian said. “We packed a lot into that 30 seconds!” According to Mr. Vanian, the band easily has an album’s worth of new material, and would like to record an album soon. “The new material is sort of like The Black Album and Machine Gun Etiquette, more experimentation,” he said. “We’ve been trying to put a few in [our sets] as we go along”. He continued, “Many of them are in the rough stages, but we’ve got plenty of material.”

This mamba-jamba has 101 songs on it! Each of ‘em clocking in at a whopping 30 seconds! One of which is a brand-new song by The Damned! The new song, “It’s a Real-Time Thing” is over way too soon and it absolutely rules! It’s straight outta the 80s with its reverby vocals and doomy bassline. The other bands on the album crank out some great stuff too. GWAR’s “Fishfuck”, Bad Religion’s “Out of Hand”, and Spazz’s “A Prayer for the Complete and Utter Eradication of all Generic Pop-Punk” being the most boss tunes. There are also classics by Black Flag (“Spray Paint”), Circle Jerks (“Deny Everything”), and The Descendents (“I Like Food”), all of which rocked, of course. Except for the moldy golden oldies, all of the songs on this album are either brand new or close enough. Run, do not walk, to yer record store and get this album.

DON’T—Talk trash about other writers, either in public or in private. This will only make you seem small and petty. Get back to your own work.

DON’T—Complain about how your work isn’t getting published. No one likes a whiner.

DON’T—Make lists telling other people how to behave. They are smart enough to learn it on their own. 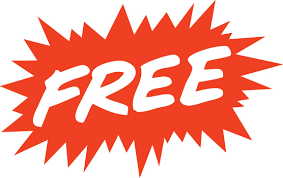 I’ve been thinking about this for a long time, and I think I’m ready to say it. I am tired of writing for no money. Somewhere along the line, not paying writers for their work has become commonplace in the literary world. I, for one, am tired of not getting paid. It’s the same mentality that allows companies to abuse poor college interns for no pay, for the prestige of putting the experience in their resume.

But an internship lasts a few months maybe? Our writing careers will hopefully last a little longer. But I put it to you like this: We will only succeed when our value is recognized.

At its core, my argument isn’t about money. Your labor is the only thing you truly own. Don’t give it away. Starting May 15th, for one year I will be sending out my work for publication, but only to publications who pay cash money. Then I’m going to see how successful I was, and write a follow-up to this essay. And no, contributor copies are not good enough. I understand that no one has any money (except the Random Houses of the world), but isn’t it about time you asked yourself… Why?

For the first handful of years as a writer, I dreaded rejection letters. Every letter I got, I would keep, as a reminder to myself to do better, and would file them away in an ever-growing pile. My office wasn’t the cheeriest of places, and I got discouraged. Now, I see them as an opportunity. Why, you ask? It’s probably not what you think. Read on.

Now, we all know that getting rejected toughens you up. That’s undeniable. But have you ever thought about a rejection letter as a subtle nudging open of the door? Hear me out. Whenever you send out your work to be published, your name goes out with it. That’s a very powerful thing. It’s a chance for the editor to get to know your name! So now, when I send work out to be published, I take a little solace in the fact that I’m a little less anonymous than before.

And this may be the most important step… After I get the rejection letter, I send a simple “thank you” back to the editor, for taking the time to read my work. And I mean it. Having published Twenty-Four Hours for so long, in near-anonymity, any acknowledgement is wonderful. These editors are just like you and me, with car payments and school loans, and chores, and a slew of other things taking up their time. If you send them a note saying you appreciate them, it can only be a good thing. For everyone.

Just some things I was thinking about, and wanted to share.

Have a creative day, folks!